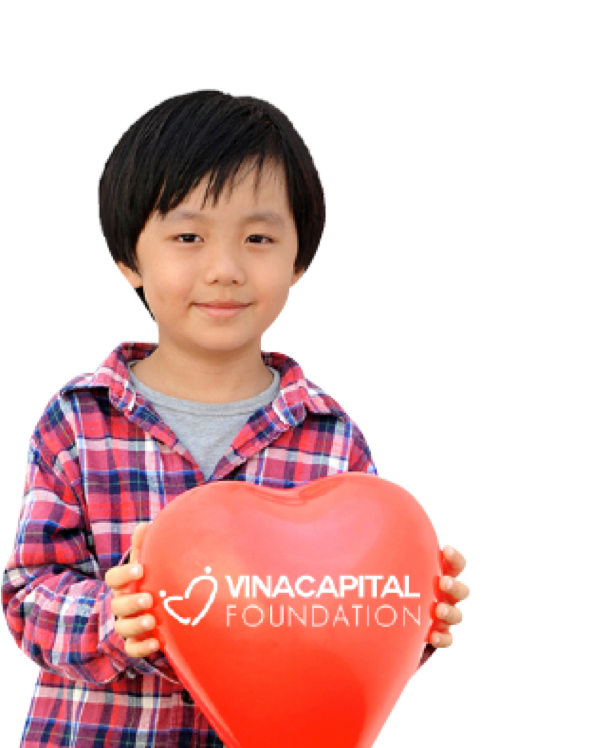 We understand that numbers are important. They give us a different perspective on our efforts; help us to see the forest from the trees and visualize our work at a national level. It's important not to forget that these results reflect people. The reality is we’re not fighting for numbers. A number does not have a story, a dream, or a need. A child does. And that’s who we’re really fighting for.

Since 2006, Heartbeat Vietnam has provided life-saving surgeries for 7,676 very poor children and assisted 487 families with 340 family grants for nutrition and transportation and 147 continuing care grants for at-risk children and provided 77 scholarships.

Since 2007, Outreach Clinics for Cardiac Care have examined 187,453 children in 213 districts in 48 provinces offering free diagnosis including 81,473 cardiac ultrasounds, 2,841 post-operative check-ups, and counseling, identifying 9,488 children suffering from congenital heart disease and 7,906 children who require heart surgery; most had never been diagnosed.

Since 2007, Instruments in Hand has donated 3,506 pieces of capacity building equipment to hospitals in Vietnam with a value of over $820,000. Since 2008, The International Symposia for Cardiac Care and Neonatal Care produced 40 interactive telemedical education Symposia to 6,574 doctors and nurses in 9 sites all in Asia, and broadcast worldwide with as many as 60 sites signed in to the webcast. The sessions focused on Cardiac Surgery (17 sessions), Cardiology (3), Intensive Care (12) and Neonatal Care (8).

Since 2009, Critical Response Program trained and certified 1,093 doctors and 406 nurses and 72 trainers from 402 hospitals and 113 Commune Health Centers (CHC) in Advanced Pediatric Life Support and donated 186 life-saving crash carts to emergency rooms and intensive care units in 141 hospitals and 5 CHC’s. Since the program started over 115,544 children’s lives have been saved or this training and equipment has been a critical component of the lifesaving effort.

Since 2010, Survive to Thrive has built neonatal capacity with upgrades and renovations to the Neonatal Intensive Care Unit (NICU) at Da Nang Women and Children’s Hospital and donated life-saving equipment to hospitals in HCMC, Da Nang, Khanh Hoa, Quang Nam, Quang Ngai, Kon Tum, Son La, and Cao Bang. Over 81,336 children’s lives have been saved or this training and equipment have been a critical component of the lifesaving effort.

Since 2010, A Brighter Path has mentored and supported disadvantaged ethnic minority girls with a unique 7-year scholarship and mentoring program (Phase 1). All 47 girls were accepted into college or university. In 2017, 41 of the beneficiaries have graduated and 27 of them have a full-time job. Others in longer degrees are in their final years or beginning post-graduate degrees.

Following the success of Phase 1 of the program, in June 2017 we continued to implement Phase 2 for 50 girls from 23 ethnic groups in 36 provinces. In February 2015, VCF has begun a pilot mentoring program for 76 disadvantaged second-year medical students at the Ho Chi Minh City University of Medicine and Pharmacy with a participation of 42 upper-class student tutors and 15 faculty mentors.

Over the years, there have been 816 beneficiaries who received benefits from the scholarship program. A Brighter Path empowers girls where poverty is endemic to work hard, excel, avoid having children at an early age, be leaders, escape poverty and give back to their communities.

Since 2018, there have been 2,432 beneficiary children and patients received clean water each day in Dong Thap, Ninh Thuan, Binh Thuan, Tra Vinh, Bac Kan, and Yen Bai. The Ministry of Natural Resources and Environment of Vietnam states that almost 80% of the diseases in Vietnam are caused by polluted water. There are many cases of cholera, typhoid, dysentery, and malaria each year in the country. VCF filter systems for hospitals and schools reduce morbidity and mortality for the most vulnerable, the ill and the young.