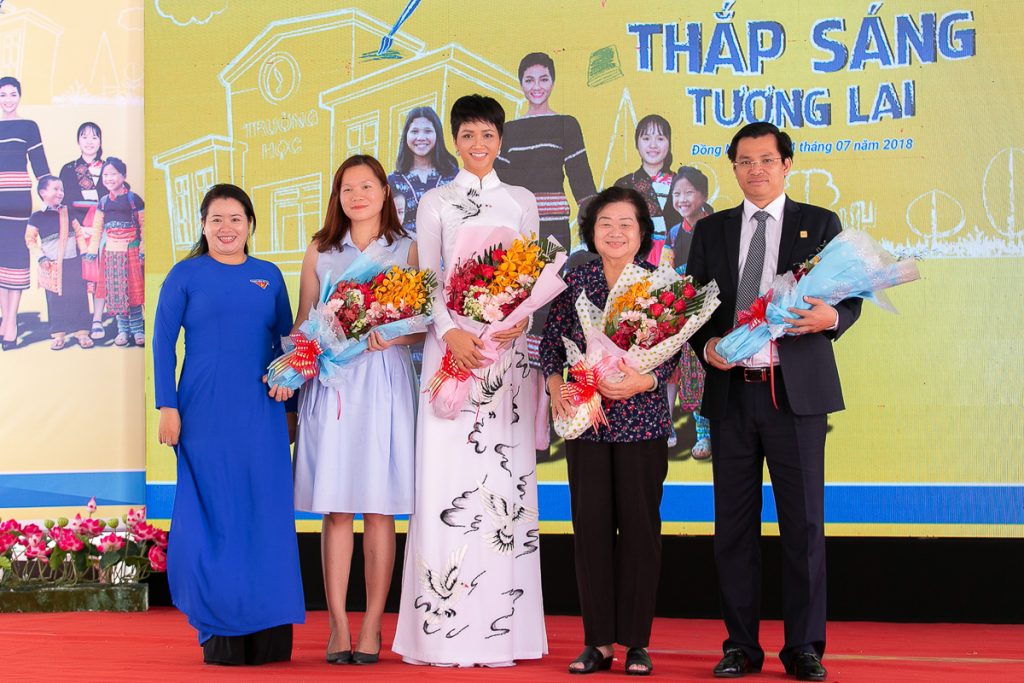 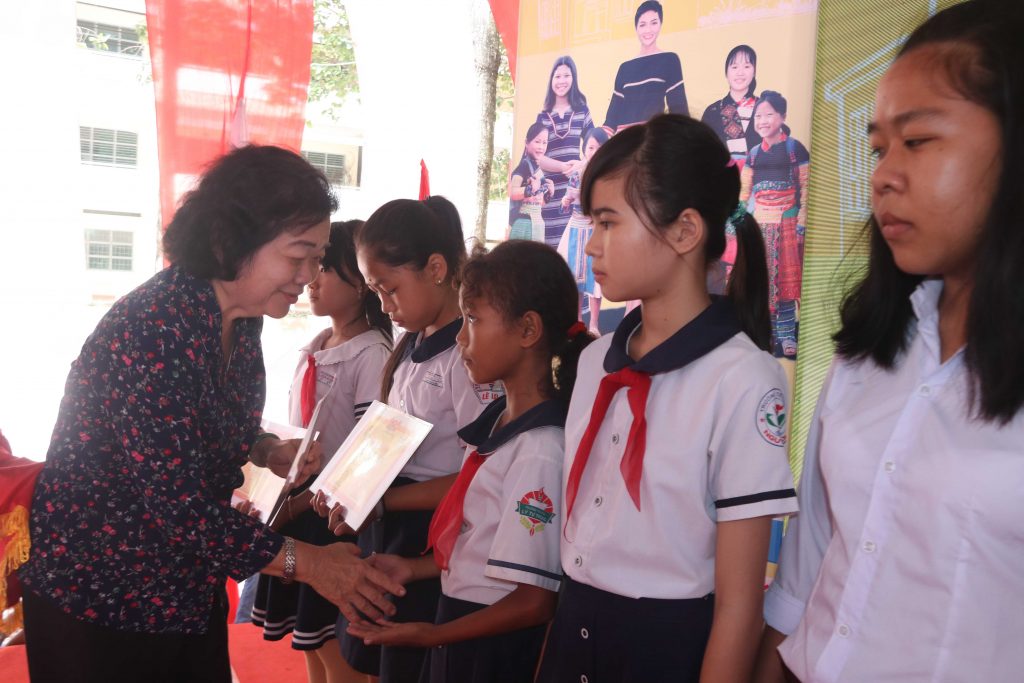 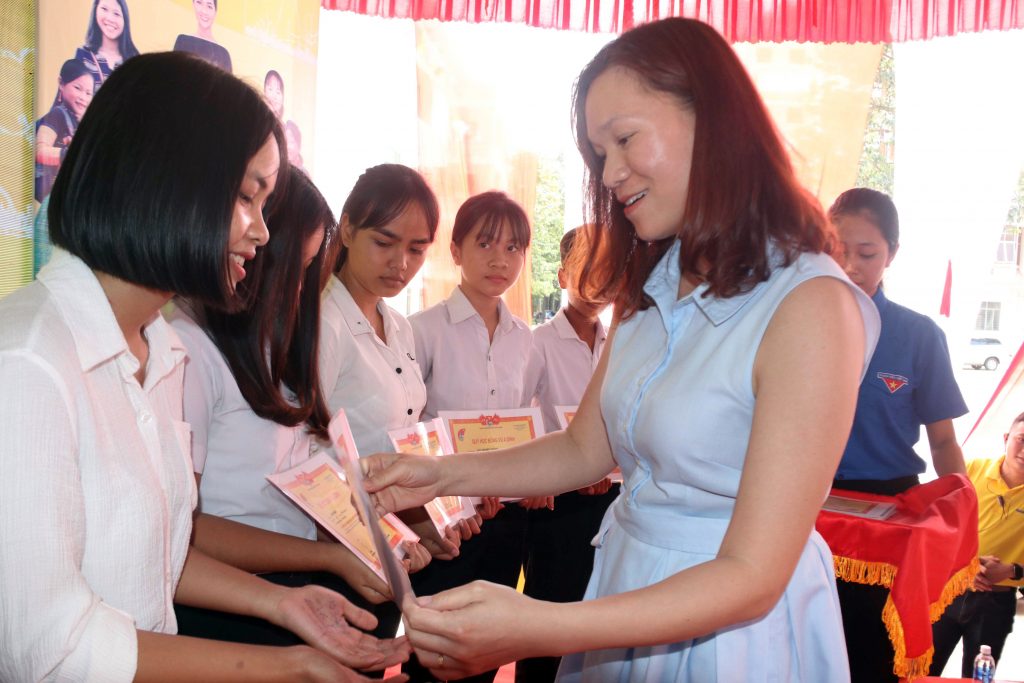 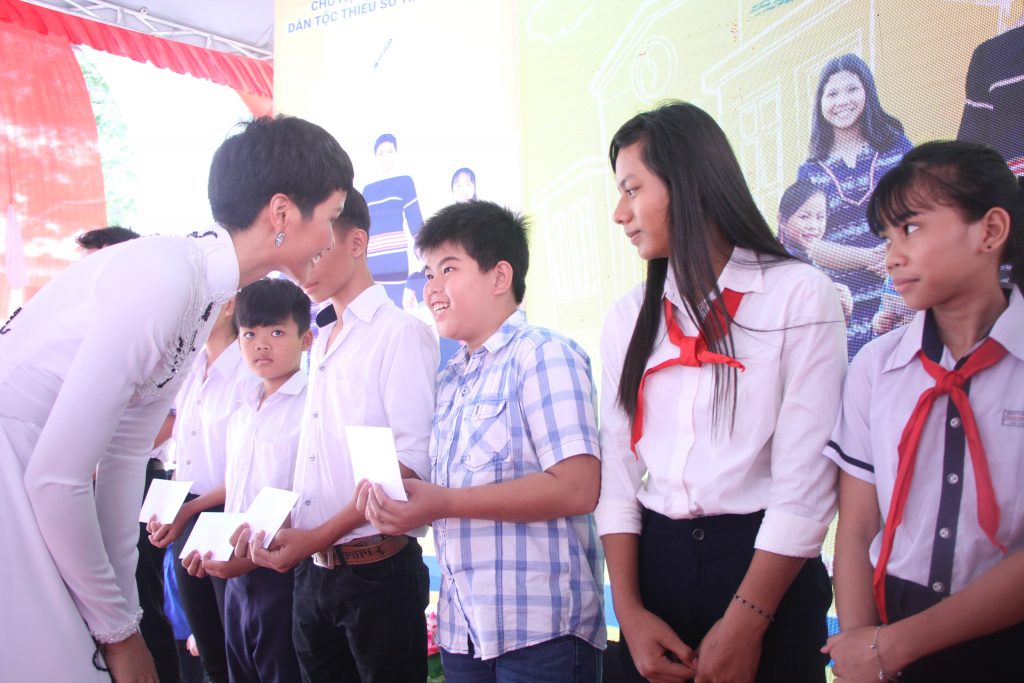 H’Hen Nie and Nhu Ngoc, a female student receiving A Brighter Path Scholarship – Phase 2 shared the secret to building a good schedule and trying to achieve goals. Miss H’Hen Nie is also an Ede girl, sharing that “Everybody should nurture a dream, no matter what happens in life”. She hopes that ethnic minority children will have a brighter future by having their own dreams and always working hard to make them come true. 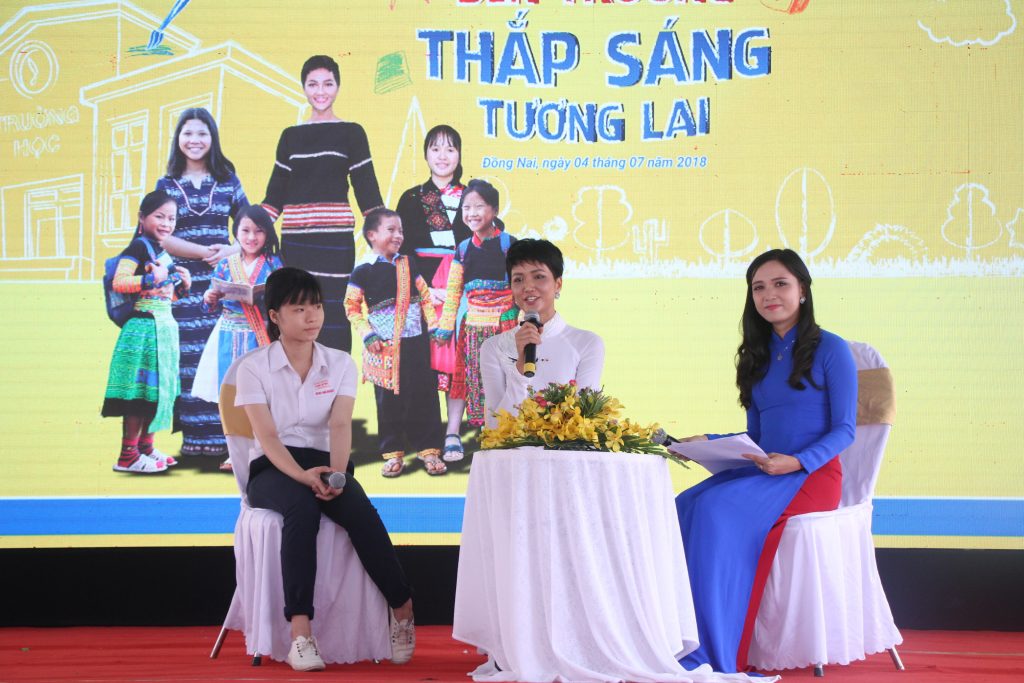 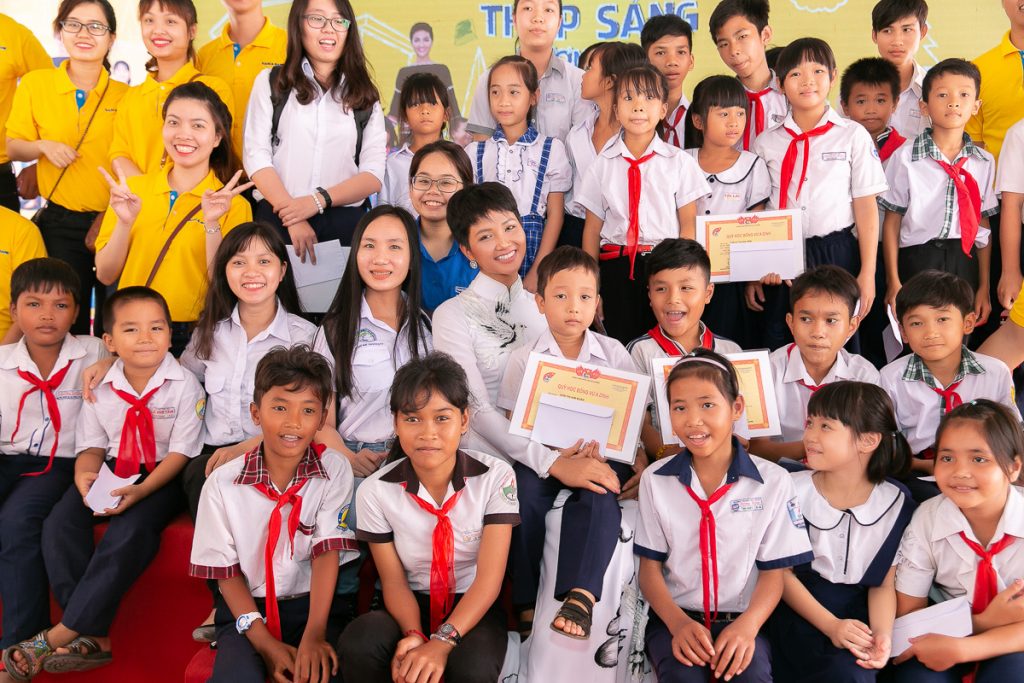 Miss H’Hen Nie smiles happily with the children with scholarships 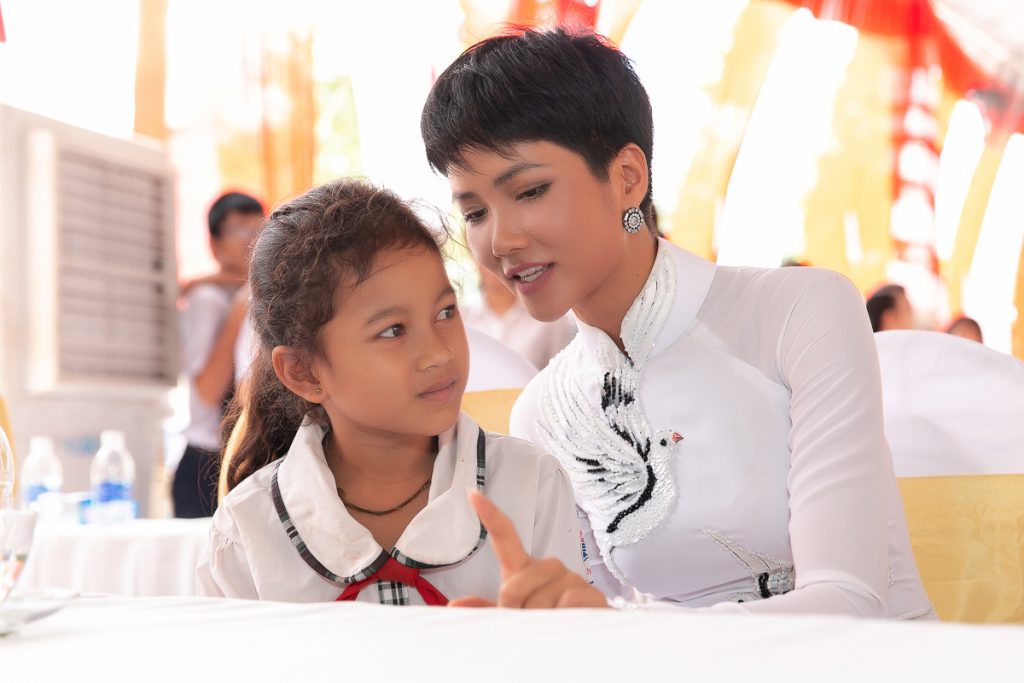 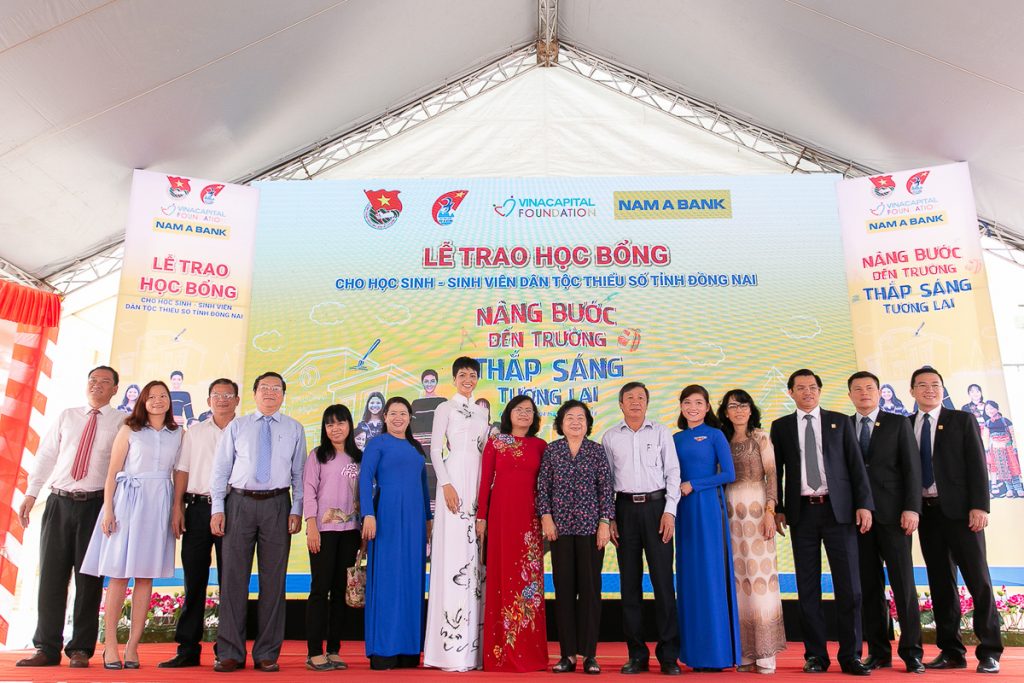 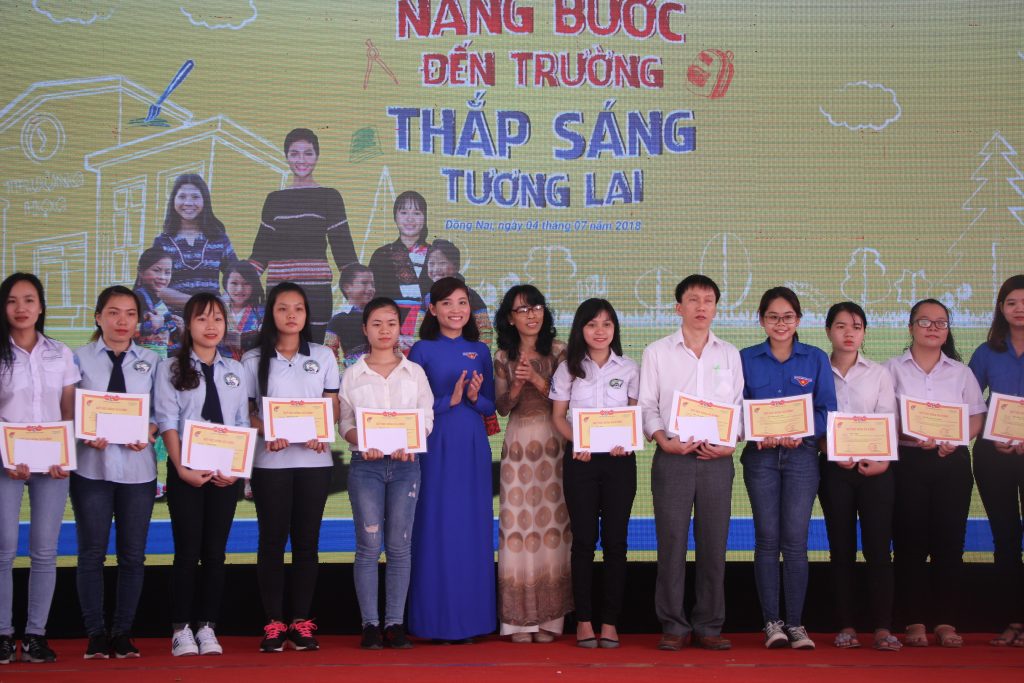 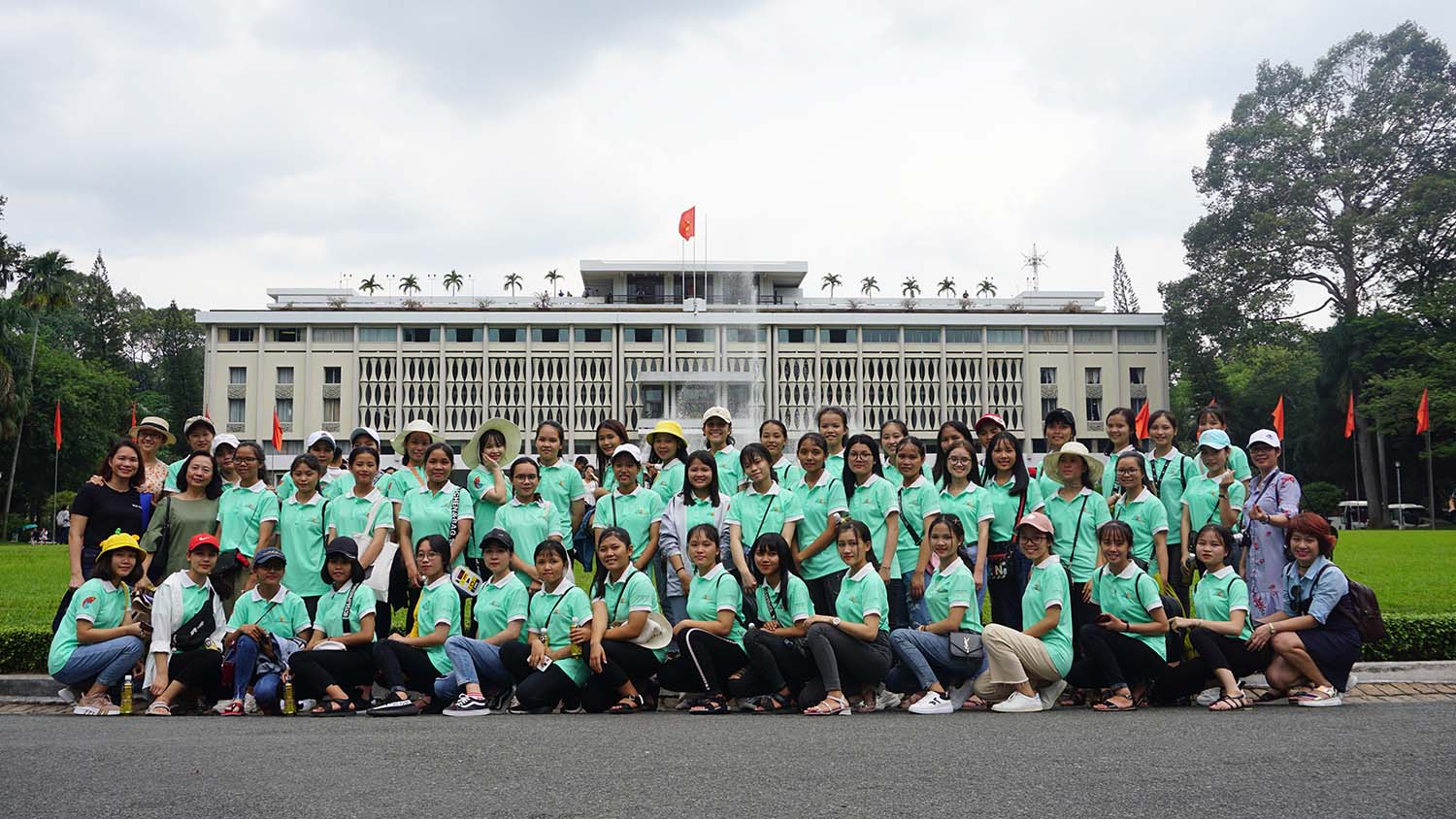 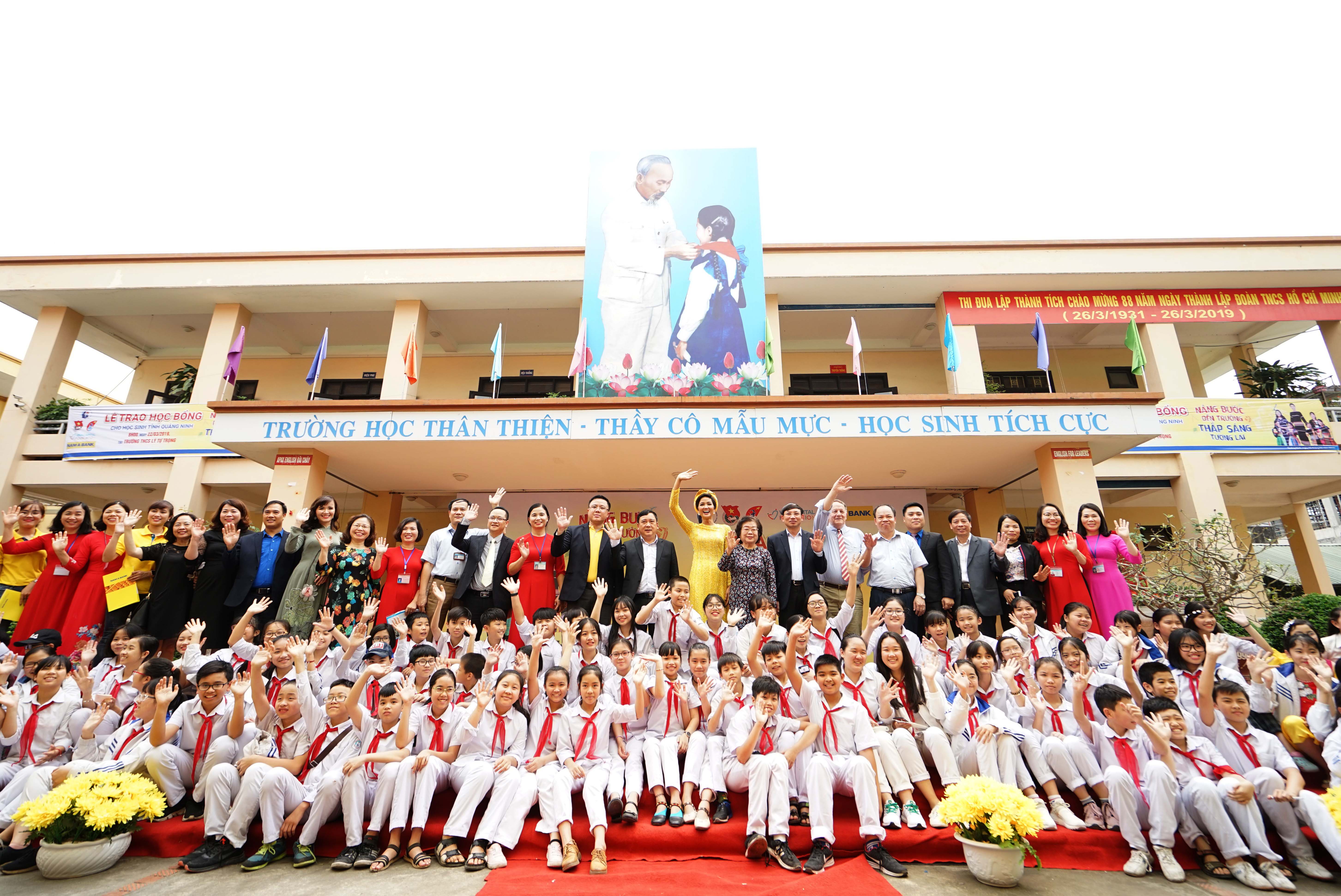