On September 13th, 2018, 115 ethnic minority students from Cao Bang province received scholarships from The VinaCapital Foundation, Nam A Bank, and the Vu A Dinh Scholarship Fund. 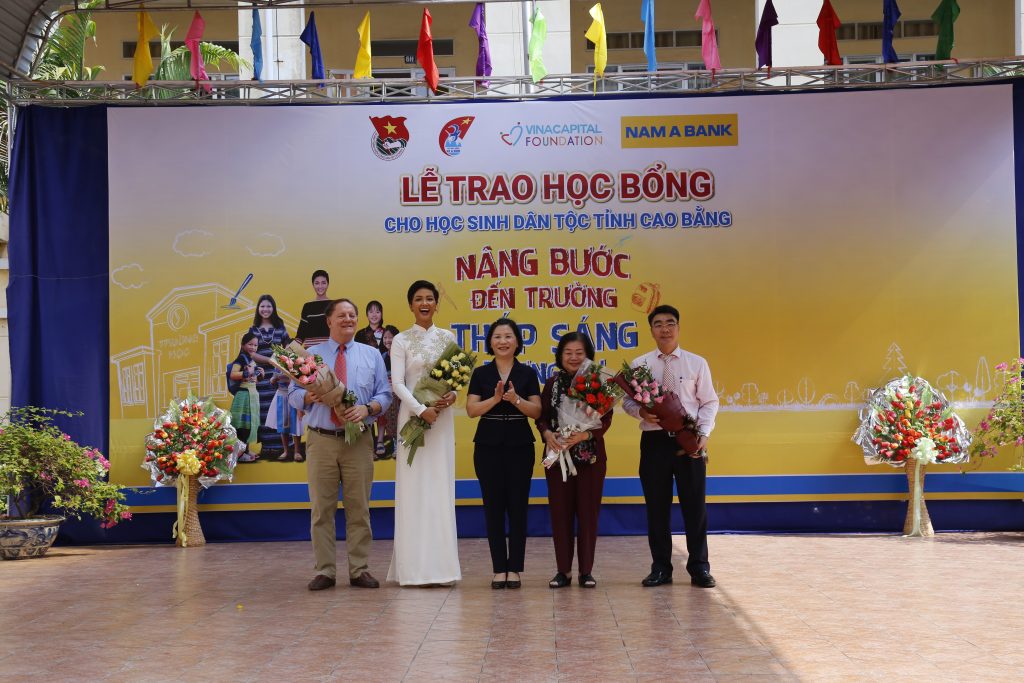 The total value of the scholarships granted to elementary, secondary and high school students in Cao Bang province is 115 million VND with a value of 1,000,000 VND/ each. These scholarships not only help support to waive the school tuition and living expenses, but also motivate those students to overcome obstacles, accomplish good academic results, and to realize their dreams. 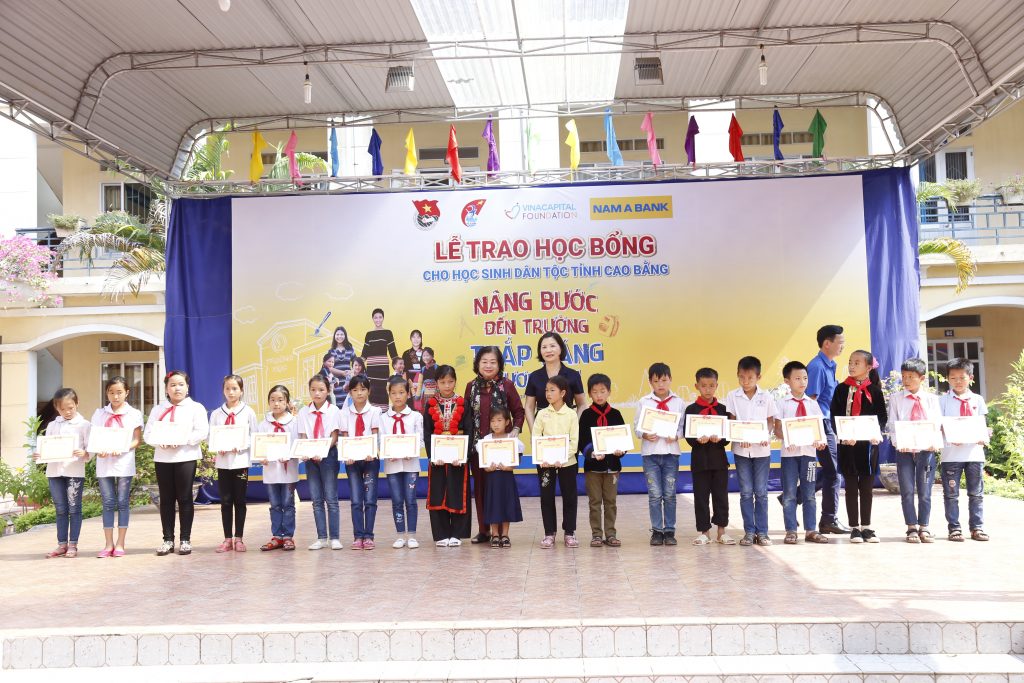 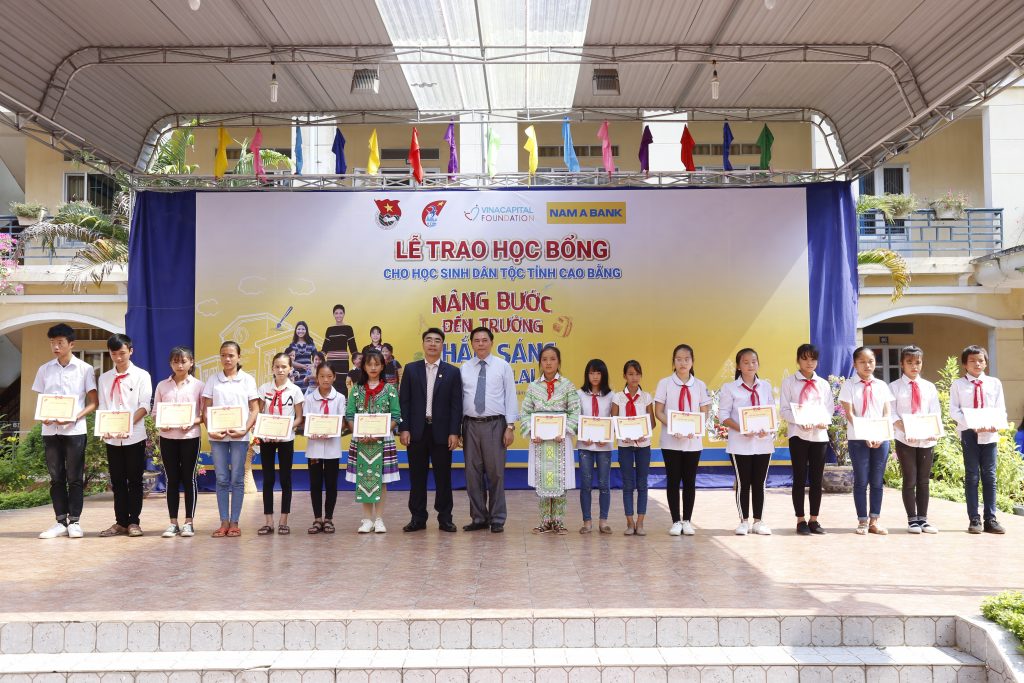 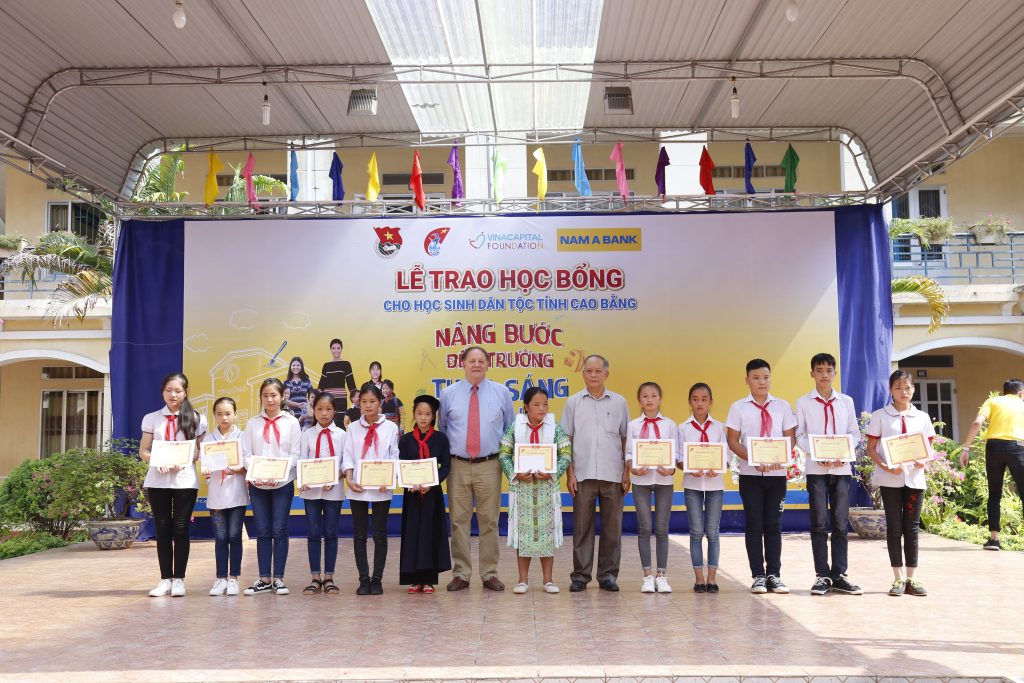 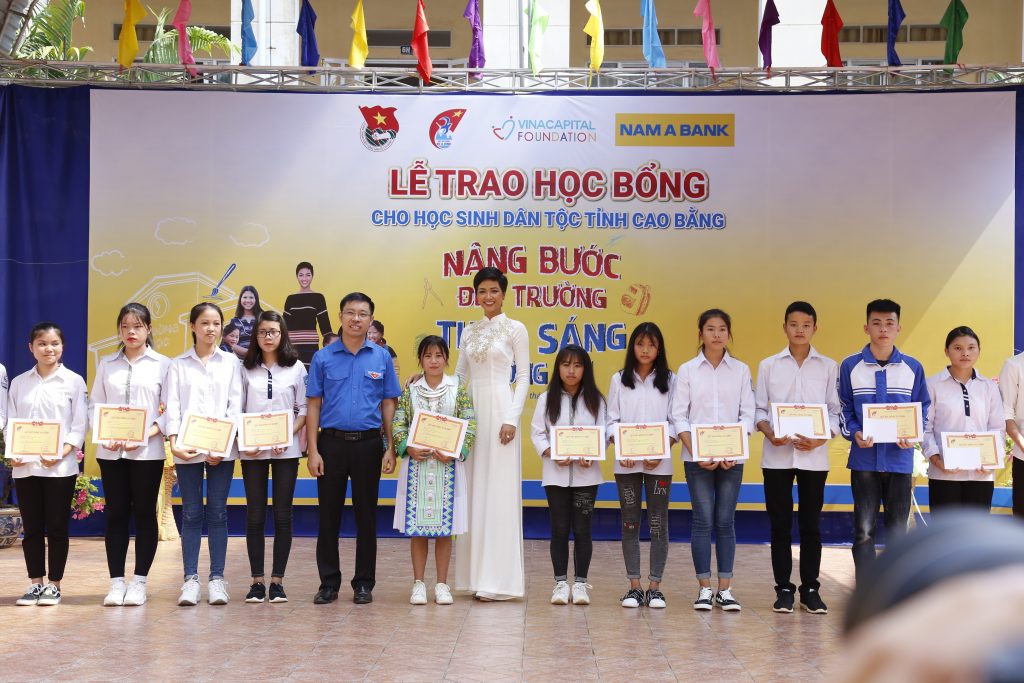 Madam Truong My Hoa, Chairwoman of the Vu A Dinh Scholarship Fund, asserted: “Supporting and investing in the education of children is extremely essential and important. Ethnic minority students in rural areas should be at a priority because the economic conditions of their families and localities are limited. The fact that many children of the poor or near-poor households have to support their families early lowers their chances to continue education. Nevertheless, our students persist in attending classes. Seeing they are making their best efforts towards a brighter future, we are deeply motivated to partner with generous benefactors like Nam A Bank. This scholarship project will encourage and inspire the students – the hope of the country. In the near future, they will definitely make contributions to the development of their homeland and the nation. 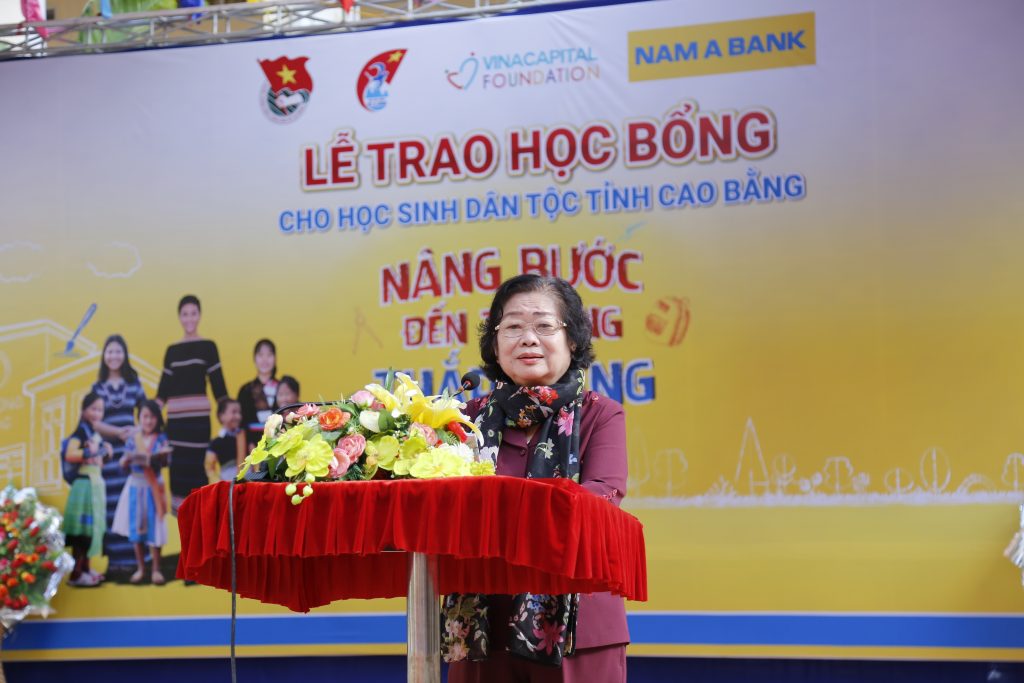 The program “Path to schools – Brighten up the future” has been implemented by Nam A Bank, Vu A Dinh Scholarship Fund and VCF since June 2018. For each savings book or deposit contract of VND 50 million, customers will contribute 10,000 VND to Nam A Bank to provide scholarships, contributing to brightening up the future for ethnic minority children across the country. 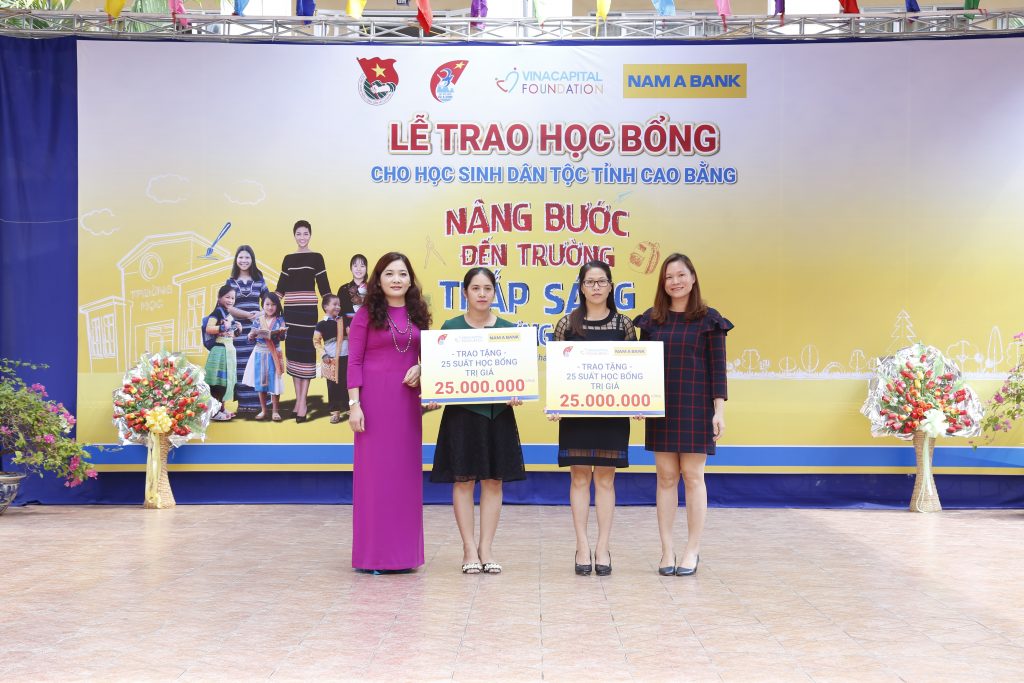 In July 2018, Nam A Bank together with the Vu A Dinh Scholarship Fund, VCF organized the Dream Meeting for 50 ethnic minority girls of A Brighter Path project in the second phase. After awarding 147 scholarships in Dong Nai province and 115 scholarships in Cao Bang province, the program “Path to schools – Brighten up the future” will come to Dak Lak province, where ethnic minority students are having an extremely difficult living condition. 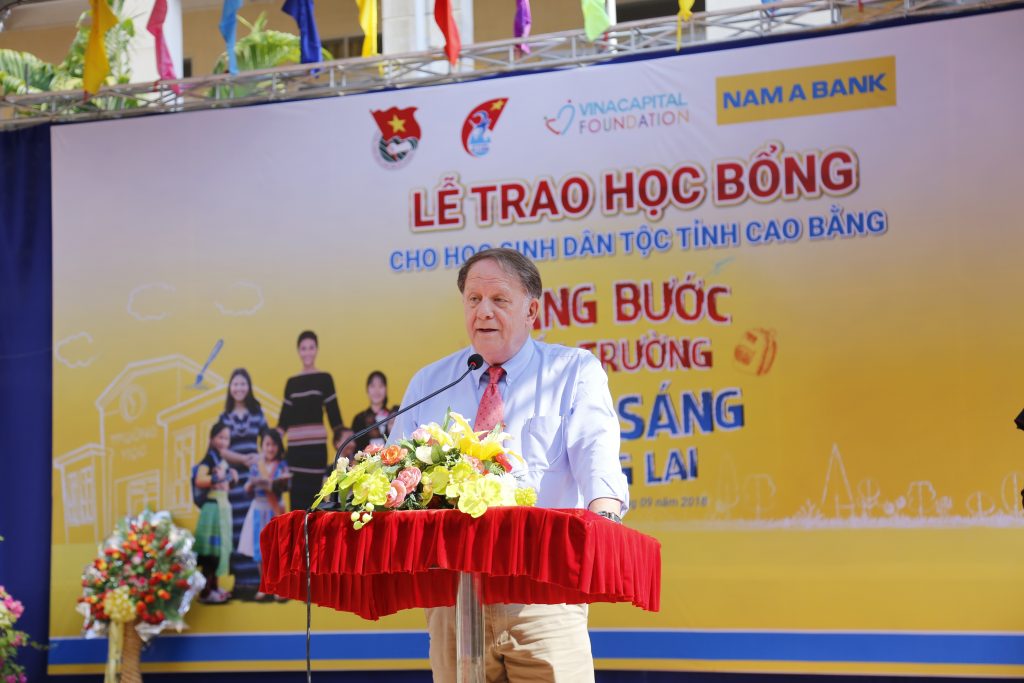 Mr. Rad Kivette, CEO of The VinaCapital Foundation shares his vision about education for ethnic students 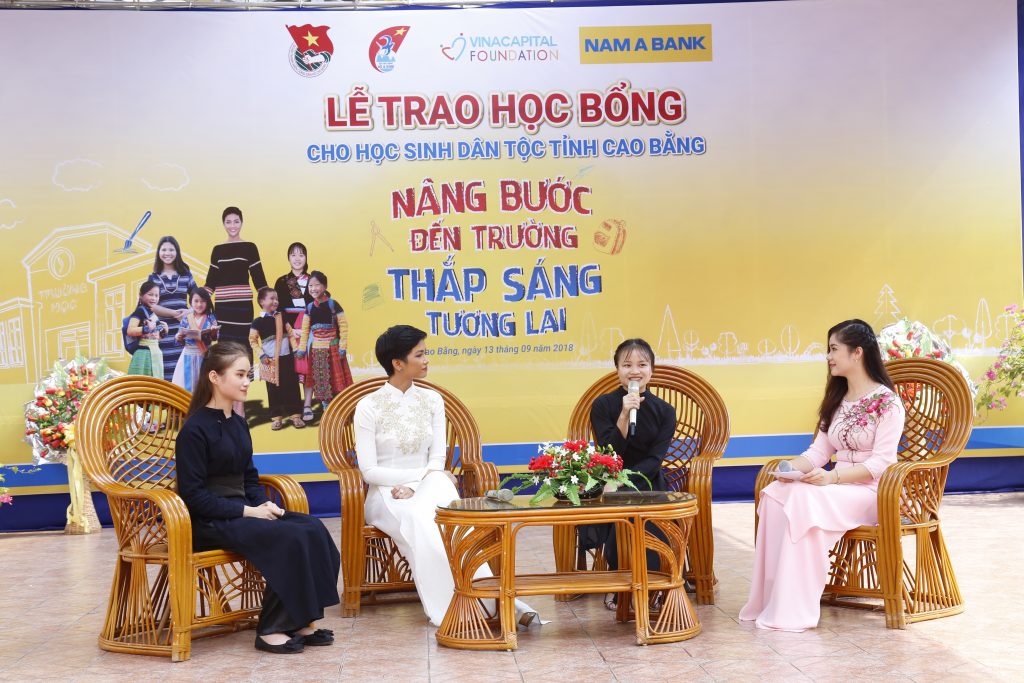 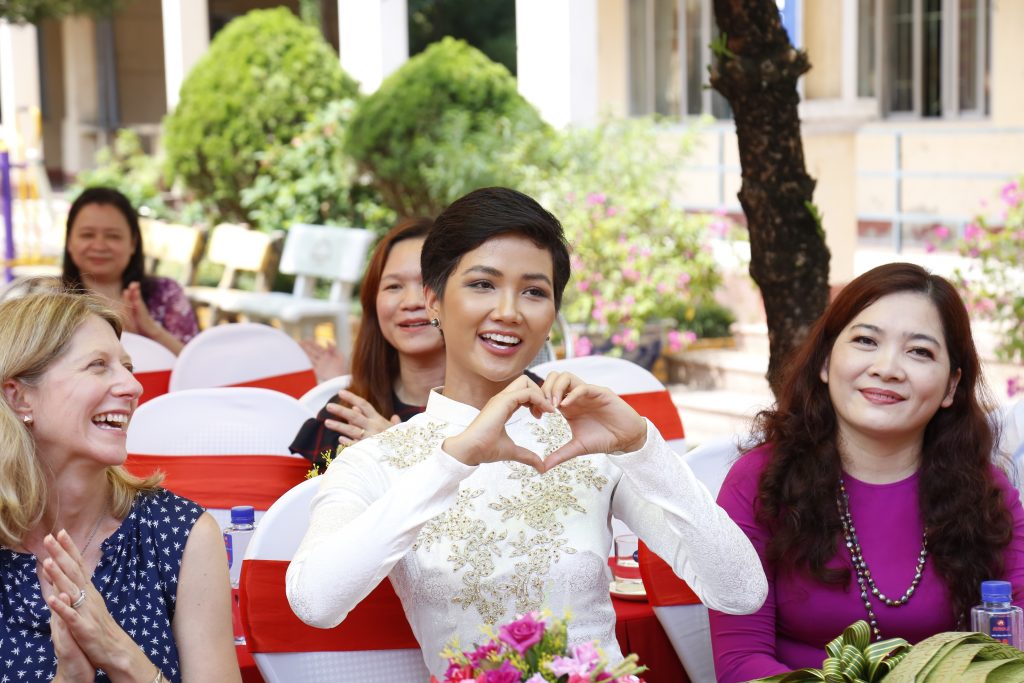 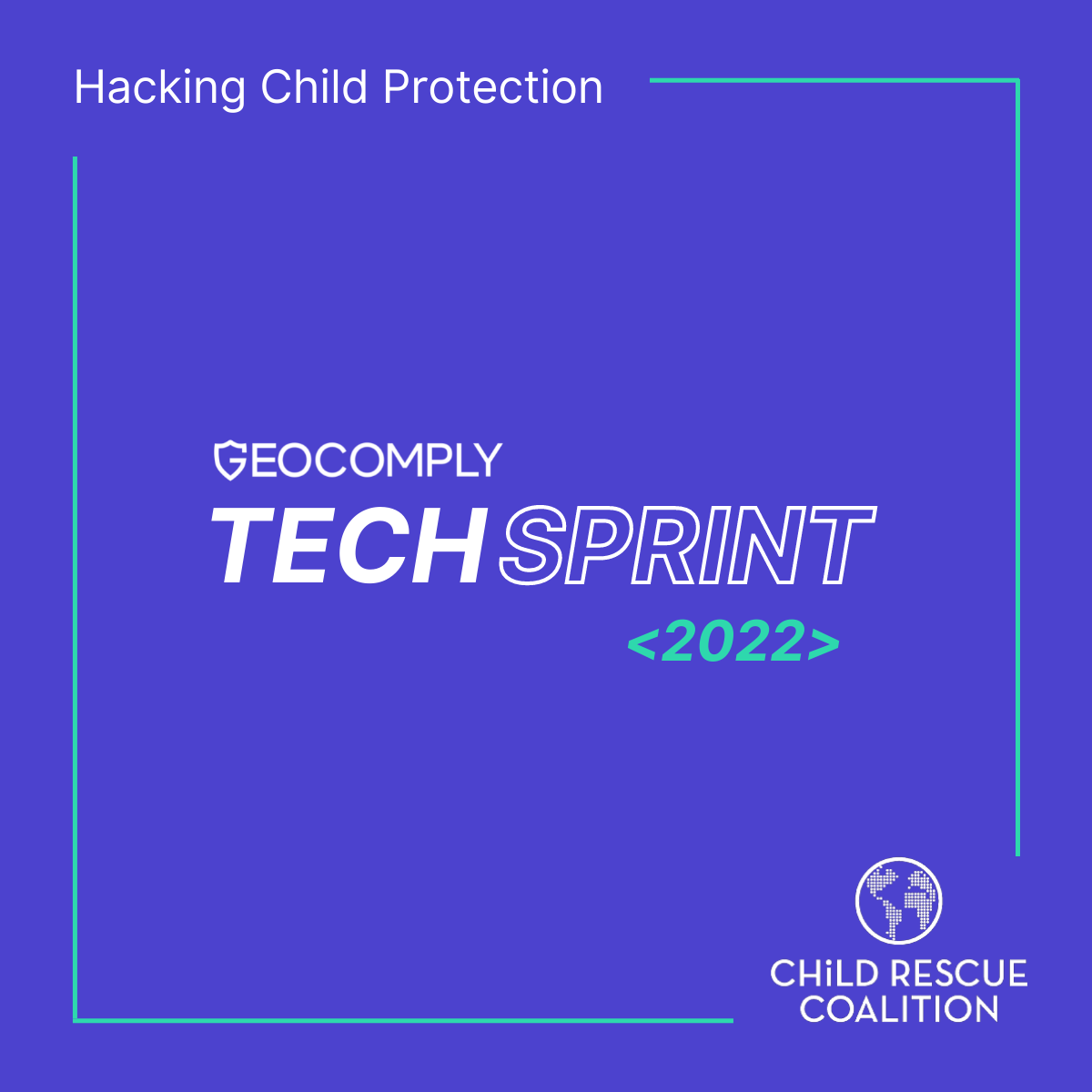